Ho, well one never knows@!  Where were we? Here’s a review:  Had a dream the old car caught fire; then weeks later the car develops a stuck fuel injector and starts throwing gas out the tail pipe.  Computer was whacked –again.  Bought a used Saturn to replace it.

The Saturn broke down twice on day one after I handed over the $.  Got a loaner car to drive from them while they fixed it.  Asked Higher Mind, what’s going on? Intuitive response–this will work out in your favor.

And it did…. because without the temporary Saturn mis-purchase, I’d have been without any wheels at all for a week!

And I just realized that the dream that my car was on FIRE may have related back to the car that I eventually got (with the help of one of my daughters) which has FIRE in the name.  I got the Pontiac Sunfire on Friday and ♥ love ♥ love ♥ love it!  It is 5 years newer than the Saturn with half the miles on the odometer and my daughter knows the owner who was going to sell it at year’s end; but, hearing my ‘story’ from my daughter, agreed to sell it now.

Intuition was right–it worked out in my favor.  A bit complicated getting my money back and convincing them to let me drive the loaner the rest of the week since my grandkids were here with me!  But all the complicated knots are untangled.  My old Mercury is going to become an organ donor–a salvage yard picked it up after giving me a little something for it.  The kids helped me say goodbye to the old Mercury as we cleaned it out to turn it over to the salvage guy.

So I’m happy with the SUN-FIRE!  A luminary (Sun) is better than a planet (Mercury or Saturn) any day! 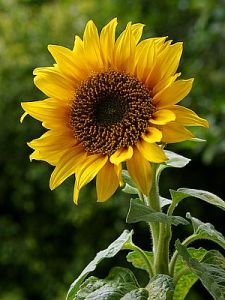 Well, it just occurred to me that the dream of my car starting on fire could have been the symbolical pre-cursor to the Pontiac SunFIRE’s arrival to my life.

What a feeling of freedom I have now!  My daughter had it checked out before bringing it to me and what money I didn’t have to make the full purchase, she loaned me and I will pay her back as I can!  Psssst!  if you know anyone who wants a reading and all that!  LOL  I need to get busy to pay for it now.

It was a great week with the kids despite the car issues and with the help of grandparents.com, I had a lot planned with crafts and games and “minute to win it” contests!  We hit Micky-D’s (McDonald’s) while we were out (a treat for all of us) and enjoyed some creamy smoothie drinks!

That’s it for now.  I’m back and hope to blog regularly again.  Hope everyone is having an enjoyable summer…  here’s anther photo of the SUNfire which half the time I absent-mindedly and mistakenly refer to as the  SunFLOWER.

PS – my gosh this car flies — REALLY GOES FAST!  And when I pull out from someplace into traffic, it leaps for joy and I with it!   Sometimes it feels like if I push just a bit more on the pedal it will take off like an airplane above the trees!  I haven’t had a car with air conditioning and radio for 15 years–what a treat!  Great sound system!  This whole area looks different now as I drive around listening to my Michael Jackson CD in my new used car!  So grateful! Thank you!