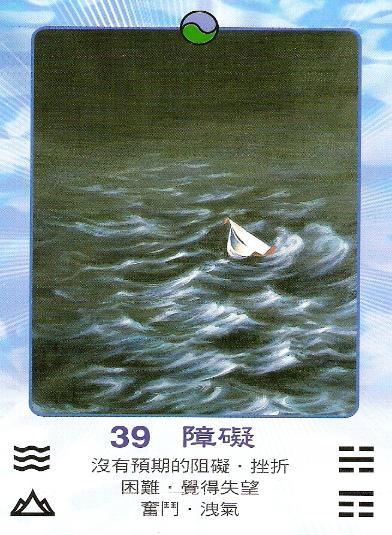 Time – an illusion, a delusion they say and I’m feeling and understanding that more and more these days.  It’s nearly February and here in the North Carolina Mountains it has so far been a wet, soggy and unseasonably mild winter.  So much so that the daffodils are starting to bloom!  Yeah, I hear ya’—way too early!  I glance out the window and see the bird feeder is empty and I will break into my thoughts and typing to go fill it—will be right back.

There.  Done.  So where were we?  Time and timing and delays in timing and wires getting crossed—just before the holidays it started.  It?  Issues with the car insurance and telephone company and a few other things; billing mistakes that I’m still not sure are completely resolved.  People seem to tell you what they think you want to hear just to get you off the phone, and then nothing changes–then  you’re back at square one again.  In the psychic class I’m having to chase after folks to fulfill their obligation to do the project reading – or at least it feels that way to me; everyone seems to wait to the last-minute.  Not that I don’t understand that (I do; everyone’s busy or whatever it is),  but it just seems like everyone is distracted and overwhelmed these days.

In glancing out the window just now I see that my cardinals and the other birds are glad that I noticed the feeder was empty—there’s quite the crowd out there now.  They, too, must wonder why it takes ‘me’ so long to remember to fill the feeder with seed.  I’m distracted too I suppose and then to make the whole darn ‘moving forward thing‘ even more frustrating—yeah, I guess that’s the word:  frustration! The rebounder cord on the pilates machine broke, so there’s been no therapeutic bouncing exercise for me lately!

Frustrating delays around timing and getting things done seems to be the theme. Things are  starting to move forward a little bit now, energy is breaking free.

Life has felt like a rusty old cobwebby wheel that got frozen in time around mid-December and here at the end of January, with lots and lots of effort on my part, is just moving forward an inch or two!  I’ve felt a bit like I’m in slo-mo if you know what I mean and if that slow motion has been how the telephone company people and car insurance people have been feeling too… well, it’s no wonder the frustration.

I’m going to put it out there in the cyber world and yell it out to the universe right here and now:  FEBRUARY IS GOING TO BE A BETTER MONTH!  The timing may be off here and there but overall, we’ve got to break the rusty frozen wheel of time!  Let me consult the I-ching here a moment and ask for some guidance and counsel about how else to get things bouncing again (in addition to the rebounder cord arriving in the mail).  What wisdom comes from the I-ching about this?

Well, here it is:  I drew Kua 39, called  OBSTACLES.  Does THAT sound right on or what?  The themes or archetypes of this Kua have to do with unexpected obstructions, frustrations, difficulties, feelings of hopelessness, struggle and discouragement.  I’ve not felt hopeless but for a few times with that horrid Frontier Communications phone company!  I nearly quit on them entirely but things are starting to clear up a bit—not that I still don’t have so much static on the phones whenever it rains more than one day in a row; but at least I think they straightened out the bill (fingers crossed; time will tell).  And the house still smells awful in places here and there from the work of terminator the exterminater who was here just before christmas—sigh!  Okay, I admit these are not end of the world issues we’re talking about but maybe you can relate on your own level?

Energy is energy and delays in getting things resolved have been a theme I’ve recognized not just in my own life but… well, let’s just say in my work I talk to a lot of people and we’ll leave it at that.

Personally, I relate to the struggle and discouragement part of Kua 39.  Now.  Where’s the wisdom?

Earlier today I was thinking about how people will tend to hide things about themselves that they don’t want others to know because they think it will destroy their image.  We have this image of ourselves and of our lives that we wish to hold up as flawless and streamlined—like we’ve got it all under control and have got it made.  Of course, most people don’t care about these flaws like we do—sometimes we look at our imperfections under a microscope.  And these are things that are  not perceivable by others.  They try to project an image like “spiritual people never get frustrated, deal with disappointment or respond to difficulties because spiritual people don’t have them”—well, that’s just nonsense.

I love the Dalai Lama—that’s no secret.  One of the reasons why is he shares his humanness and doesn’t hide his struggles and allowing others to see his human flaws and imperfections helps the rest of us.

The wisdom from Kua 39 is that we all have ups and downs and we don’t have ultimate control over everything—I don’t care how many ‘law of attraction’ visualizations you do, there are delays, disappointments and sometimes even disasters.

Those things shake our sense of security.  I had such a shake up when my rent went up drastically and I scurried (much like the mice in attic were doing before Christmas) to make some changes and adjustments.  Sometimes a crisis comes at a time when it is hard enough to just keep your head above water in the first place—that is life.

Yet, we can’t panic and it is at those times most especially that our spiritual training is called upon and is extremely useful and beneficial.  Applying our spiritual teachings and following a well-worn path of meditation helps us avoid panic or feelings of helplessness.  I’ve always said that the real benefit of meditation is not as useful in good times as it is in bad; but if we haven’t created the pathway previously… well, it’s more difficult to begin a first time meditation practice when faced with crisis.

More wisdom from Kua 39… It is important not to become a victim or entertain a persecution mentality when faced with obstacles for this drains potential for empowered action.

And from my own point of view, remember humor and use that as much as possible… sarcastic humor isn’t a sin if it helps you get through it. Be dramatic to blow off steam but don’t take your drama too seriously—remember, that it ‘is’ a drama, a movie, a play.

We want progress and we can become fixated upon it to the point of losing a balanced perspective.  Do what you can and when you can and then switch focus to something else; anything else other than the obstacle that is frustrating you.

And don’t keep it all inside; talk to others and let go of some image that you are beyond having a problem—spiritual people have problems too!

And here’s one; some wisdom that came from my mother when I asked her what she had to share from her life perspective at age 82.  I said, Mom what wisdom would you give to those of younger generations who are facing a difficult life problem.  Her answer was this, “Tell them to hang in there.  Whatever it is, it will pass.”

Currently MARS is retrograde January 23rd to April 13th 2012.  Maybe the Kua 39 guidance in this blog post will be helpful to readers who are affected by the Mars retro cycle…  depending on your own personal chart, your life could be affected differently by the cycle.  But it is usually associated with times of frustration–or so the astrologers say.  Personally, I see it as taking action inwardly–Mars energy turned inward can be a good thing many times.  Mars retrograde does not frighten me; I plan to use it!

Kua 39 says to work with what you can in the moment, with what arises and do it the best way that you can.  Roll with the current, turn to the “big picture” and you will succeed.

And we have to remember the lessons of time—that is an illusion and doesn’t exist.  We have only now so breathe in and breathe out; be with it.