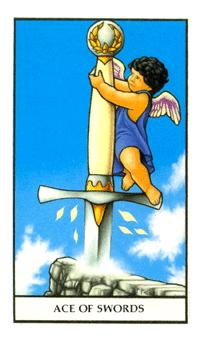 My question for the Oracle today has to do with those occasions when we may obsess or worry over something even though we have done all we could and there is no certainty that our worry is based in reality.  What I’m talking about is realizing that we’re still concerned or worried about something even though people assure us that there’s no real problem.  Wow!  Talk about illusion and delusion and the mind messing with reality!  If you can relate to this, maybe we can work through this together in this blog post.

Let’s say we’re hearing a sound from somewhere, from something mechanical or technological.  What does that sound mean?  Know what I mean?  Is my attention being drawn to a sound because my intuition is telling me that I need to resolve it?  Or should I believe people who want to tell me its nothing? Do you know what I mean?  It doesn’t have to be a sound–it can be anything we keep thinking about in nervous ways.  Sound can trigger it, but it doesn’t have to be associated with it.  Our thoughts don’t really need very much at all to trigger them  into running on that repetitive mental treadmill that can waste our time and energy.

The thing that troubles me is that our intuition can sometimes be right – we get that nagging feeling that something is wrong even though people tell us that there’s no real problem.  Yet, we still can’t seem to let it go!  Know what I mean?  We have that particular something bugging us and it is illusive and we can’t really nail it down exactly—try as we do!

I’ve got something like that going on in my life.  I realize that I can be obsessive sometimes and when there’s a problem on the horizon, I’m the first one to take those precautions or do what is necessary.  In other words, I’ve learned the hard way that if you tend to ignore those first signs and symptoms of a problem without “nipping it in the bud” (as the saying goes), you can be sorry down the line.

If you hear a thumping in your tire, best get it checked before you have a flat in the wrong place at the wrong time!  Know what I mean?

Recently, my computer seems to be making a noise, a hum, like something is downloading but it may only be a noisy fan.  In fact the laptop’s health monitor shows the fan speed at 63% every time the noise is heard.

I thought widows was running updates and something got stuck in a cycle and so I stopped windows from automatically updating which enabled a virus and then I had to reinstall the whole operating system to factory settings!

I was disappointed to hear the fan downloading noise again after I reinstalled everything.  The Toshiba tech support people tell me that everything is normal and okay but they seem to be placating me and I’m thinking something is wrong with this fan!  Was it like this when I got it?  I don’t think it was, but I can’t be certain.

So am I worrying about nothing at all?  And if I continue, am I going to cause myself more problems?  What should I do about this?

What advice does the oracle have for handling these types of situations when we’re told nothing is wrong but still we have that nagging feeling inside?

Shuffling the cards….  But as I shuffle, I’m thinking how I’ll never buy another Toshiba product!  Next time I make the hour and a half drive to an area of civilization outside of these mountains to meet my daughter for lunch, I’ll take it into Best Buy and ask the Geek Squad to listen to it and give their opinion. And as I shuffle the laptop hums, sounding like it’s downloading but the task manager shows nothing is running… and the health monitor indicates it’s the fan speed.  Still!  It bugs me!  What does the oracle say?

ACE OF SWORDS!  Clarity of mind; cutting through the confusion.  This card symbolizes the expansion of thoughts, illumination and enlightenment.   The flip side of this archetype or the opposite polarity is nervous thinking or excessive thinking.

Totally so!  Seems like I go back and forth between these two polarities.  I just called Square Trade to ask if a new fan would be covered by my extended warranty and after a discussion with the gentleman who was very nice, it seems what my laptop computer is doing is par for the course—normal.  I get to feeling this is truth and then vacillate back into the nervous thinking about it.

No.  The computer doesn’t sound or act like it did when it was brand new!  And it shouldn’t.  It’s a year and a half old after all and in computer year’s maybe that’s mid-life, who knows?  My computer is already going through a mid-life crisis?  Well, I just googled this and found this quote:  “A recent study by a company that sells extended warranties on electronic items found that approximately 1/3 of all laptops will no longer function after three years due to either mechanical failure or accidental damage.”

And from the Square Trade report, it also says ASUS and Toshiba laptops failed just over half as frequently as HP, which makes them a solid bet in terms of reliability.  Here’s the link: http://www.squaretrade.com/htm/pdf/SquareTrade_laptop_reliability_1109.pdf

Well, that makes me feel a little better since I have a Toshiba.  I just need to ‘GET OVER’ the sound of the fan!  And release the nervous mind around this.  Like I’ve always said, “Knowledge is power”.  I’m going to get some air spray (compressed air) and spray it into the vents of the laptop and then try to forget about it.  Get used to it in other words—just like I have to get used to the farmer-fud muggle across the way with his tractor mower sound that invades my living room!  My temporary solution to that last one is to play recordings of dharma teachings very loudly to drown out the sound.  Every problem has a solution.

Back to the oracle Ace of Sword for a moment—swords are about action, taking action.  Making the phone call, using google, talking to people, collecting the knowledge which is power—all that is taking action and that is the advice.

Do what you can to figure out possible solutions and then when you are told enough times that all is well or at least you learn that the issue is normal for the circumstance, this helps to balance out the thinking.

It’s Normal.  In this case, drown out the sound!

When I have my Buck stove fireplace heat blower operating in the winter time, it drowns out the sound of the computer fan.  When the muggle mows, the Dalai Lama, Ponlop Rinpoche or Lama Yeshe’s Dharma Talks drown out the invasive racket in the room.  And when I drive my car and hear the sound of my struts, I crank up the radio!  At first, the strut sound bothered me—just a bit of creaking noise when driving slow over uneven surfaces.  I had 3 different mechanics check it out and was told by all that the struts did not need replacing yet and for that little bit of unnerving sound, it’s not worth the expense at this time.  Knowledge is power; once the sound was identified, I could block it out or turn up the radio!  I never even notice the strut creaking sound anymore–unless I focus on it!    Strange isn’t it?   Blocking can be a beautiful thing when used at the right time for the right purpose!

I live on a fairly busy (for a country highway anyway) road.  Oh, nothing like an Interstate or even a city road–busy for around here is what I mean.  When I first moved here, I thought the noise of the traffic going by was going to bother me but I made up my mind right away to feel comforted by the sound of people going by assuring me that I was never alone.  I barely ever notice the traffic since.  The only thing I notice is that Sunday’s are quieter but otherwise, the cars or trucks going by hardly register in my attention at all.  Mind over matter as they say!   I think, therefore, that any distracting sound can comfort if you program it that way.

The Ace of Wands is about unbiased thoughts and clarity of mind like I said and its archetype also relates to acceptance of energy.   The oracle is saying, “Have a cup of chamomile tea and forget about it.”

And while you are sipping your tea, reflect on the big picture.  Laptops are middle age when they are a year and a half old, autos that are 8 years old start to creak a bit when the fitting between the struts and the boot wears, and muggles mow… all summer long, they mow!  I’m going to be so familiar with Dharma Teachings that I may reach enlightenment before the fall.  And soon I hope to be able to say, “What sound coming from my laptop?”

PS–   ” I have made this letter longer, because I have not had the time to make it shorter. ”  —Blaise Pascal