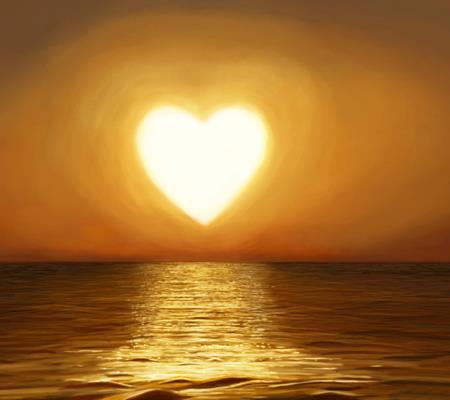 Alright!  We’ve landed on Day #28.  Something really big is going to happen (if all goes as planned–and it will~!) on Day #37.  So there’s 9 more days to go and its a bit difficult to be patient now.  That’s probably my own fault for being too much of an overachiever which really stems from fear-ish like paranoia that goes this way:  Hurry and don’t put things off in case at the last-minute something happens and you run out of time or some other type of energy!

I was that way in college too–always had my assignments done and ready to hand in ahead of time.  And then when the professor gave time extensions because others weren’t ready, the temptation to be righteous about it was hard to resist.  Anyway, better to be early rather than late–ask my family; I’d always get to the plane or train hours early.  Hurry up and wait–that’s me.  You too?  Well that’s just how some of us are wired; embrace the neurosis.  As phobias go, there are worse ones to have I suppose.

Yet, I am still feeling a bit of that feeling from Day #22… you know, the protective roof being removed yet do see the prediction from a week ago about quick and steady progress has indeed been manifesting!  This past weekend my daughter and I worked harmoniously together to the tune of gearing up the final stages of things–she was a great help to me.

I am finding that I am letting go of a way of life that I’ve held for 9 years on one level and about 14 years on another and it totally feels like a new phase, a new chapter–the page has been turned!  I am saying goodbye to the old and piecing together in my mind what the new will be like and how I will use my time in new ways.  I think it’s good that these final 9 days are ones in which I can gradually slow down, look around and inventory the whole affair.

It is strange in a way because what I am doing is something that I never thought I’d do–ever really, ever!  And that is because I thought that if I did make this change and agree to the committment that it would feel terribly sad–NOT!  And that NOT really does mystify me sometimes.  It just shows me that when the time is right and the stars are in alignment (and mine ARE; but I’ll spare you the details but to say my natal lunar nodes in the 4 and 10 astro houses are merging with the transiting nodes this year and my 4th house Jupiter in Scorpio is opposing transiting Jupiter from the 10th.  Let’s not even talk about my progressed Sun just moved into my 5th House!)

That parenthesis above mean nothing to do if you don’t know astrology and I apologize since I did not spare you the details.  Yeah, so anyway… 9 more days and an old part of my life goes bye-bye and a brand new adventure begins!

I’m getting some hints about what’s coming–people are asking me to teach astrology and I’ve been thinking about it all at the same time.  It’s only Wednesday and already 4 people have asked me about teaching an astrology class.  I hesitate thinking I don’t know enough, but then  again I do know a bit more than a brand-new beginner would and those types would be my target students I suppose.

I intend to teach an in-person local psychic development class–and now I am mental-izing how to follow through with these ideas.  I’d love to interact in person with students–the Internet class is fine but I’m open to expanding that and these are ideas ruminating in the mind right now.  We’ll see how it goes but this is how my psyche and spirit work it seems–people start asking me to do what I’ve been thinking of doing and so that becomes like the validating push.  Does it work that way for you too?

Right–so anyway after having recovered from some physical fatigue and spent short segments of time staring at the ceiling over the past weekend it was like two steps forward and one step back.  I seem to have to integrate it during a rest phase and then get back at it again as I work toward Day #37.

At the start of this sudden project and  committment toward a major change, I didn’t know if it would take 30 days or 60.  Things have been moving quickly as I’ve said all along.  Any periodic apprehension is being handled by me through intense devotional prayer work to which I find that something happens shortly after to soothe any of that by giving some supportive validation–something encouraging happens to smooth over any worry wrinkles.  Bad for the complexion as well as the soul–those are! 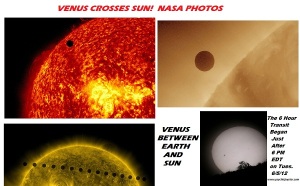 Not much more to report about it all but to say when Venus was doing her transit over the Sun which started from 6 pm EDT  last night I happened to be dealing with my check book, bank balances, bill payments and the like!  Didn’t think of that until today but Venus does rule the 2nd house which is often associated with “money”.  I don’t know what conclusion to draw from that really.  So what!  Right?  Yet as Venus came between the Sun and Earth we all must have received some sort of energy programming or the like.  Since my mind was, at that time, on $money$ issues, perhaps I was receptive to some positive programming from Venus energy as it relates to my essence, which for all of us is our Sun.  I do recall lecturing to myself as I began the task of looking at the money situation.  I told my self that I will not become in any way upset about money as I worked on the task!  And I meant it!  And I didn’t!

With my progressed Sun moving into the 5th house related to “children”, my relationship with my own daughters is strengthening and this grow more so each day.  Perhaps the Venus-Sun transit will help to continue to renew those loving relationships in the days ahead.

I’ve a client calling for a session and a busy afternoon ahead… I am asking to remain busy over the next 9 days so that I can forget the time to experience it quickly!

Meanwhile, each day I find that I am substituting any experiences of fear as they come up in the emotional body with trust and hope.  It becomes easier to do so despite anything else that should appear, regardless of what it is.

Onward and upward as they say!

When you consciously embrace an experience of fear while shifting your vibration into trust or hope, you evolve! expand! enlighten! You GO!