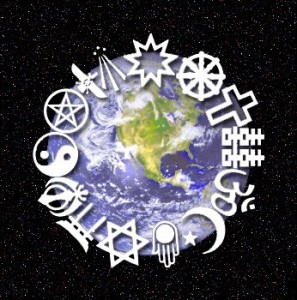 Maybe this is a vent in disguise but I’d like to think it’s more of a hopeful sign.  Just wanted to put it out there in the cyber world.  Should have snapped a photo.  Didn’t so you’ll just have to believe me.  Here’s the deal. I’m down off the mountain now living at the foot of the foothills.  However, my residence was in the Appalachian Mountains for many a year, near 20 give or take.  Point is the contrast.  I wanted to write something about the whole Jesus thing.  Around here there are these huge boulders placed in front of schools and there are messages painted on them that change from time to time.  Once when my granddaughter was in elementary school, her mom and dad rented the rock to paint a big happy birthday message to her.   It’s a ‘thing’ around here.

So the thing is that in driving by the other day,  caught sight of a huge rock in front of our local high school which read HAPPY HOLIDAYS and beneath it were various symbols of various religions.  I felt encouraged by that.

Christians, it seems to me, way too often assume everybody else is or should be just as they are and we get the Jesus thing shoved in our Jewish, Buddhist., Hindu, Druid, Taoist, Islam, Shinto, Wicca … you get the idea… faces!

What about the contrast, the point of this blog post, that was mentioned above?

Well, when living in Appalachia, in my desire to tend App State University, the local college, in reviewing my transcripts,  indicated I needed a few more electives.  Turns out I didn’t but that’s another story.   Point is that when walking into a classroom there was written on the board in huge letters, JESUS LOVES YOU.  Not only that but one day one of the local Baptist ministers was standing outside the main building trying to give away Bibles.

Here’s another example.  In the small mountain community, there was — and then there wasn’t — a yoga studio.  I inquired about it and was told that the landlord would not rent to the yoga people because his minister said not to do so since yoga relates to the devil.  True story.  I know it sounds unbelievable, but I wouldn’t lie!

Anyway… what a distinct difference between those examples of religion in the Appalachians and the painted rock outside of the High School yesterday!  An acknowledgment that the acceptance of differences in humanities theology is alive and well (at least down here in the foothills!)

Amen.  and PS – if I get by that rock again before it’s painted over into a different message, I’ll grab a photo with my cell and post it here.