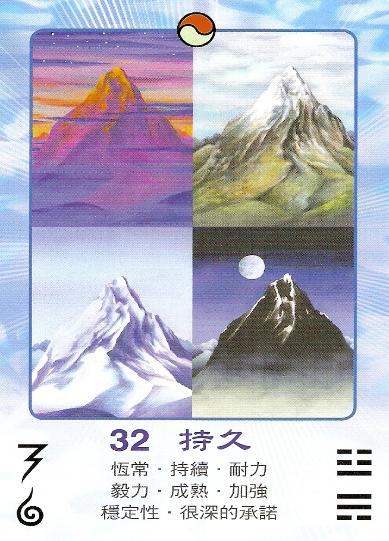 Once, full of “just turned over a new leaf” bragging type of enthusiasm while seeking my boss’s approval, I announced that I ran 6 miles the night before! We worked for an orthopedic doc doing Physical Therapy.  It was a short stint; the doc was into making money more than ethics and licensure.  We both eventually had to resign and move on.  Anyway, the head PT ( who I considered my boss) was a runner.  I was a “used to be runner”… well, more like “jogger”—don’t think I ever did break an 8 minute mile. My boss turned to me with that same old solemn, nearly cross-eyed look that he’d give when I complained about the nurses in the office—ego/personality junk back in the day is what it was. While giving me the look he’d say, “Have you been fighting with the children again?” Looking for his approval about my long run the night before, knowing of my inconsistencies, he said, “Come and tell me that when you’ve run that distance every day for 30 days.”

He ran marathons.  Once I did a half marathon… it was on a St. Patrick’s day… call the Shamrock something or other.  That’s the longest I’ve run without stopping and I took my sweet time, trust me!  Oh, I seem to have lost my point again…

Despite what you may be thinking right about now, my marathon running boss was a great mentor and a really was a “good guy”.  He just called it as he saw it.  He was, in so many ways, a teacher for me—like Yoda was to Luke Skywalker in Star Wars.

Anyway… those are the first thoughts that came to mind when I saw that today’s cosmic communiqué had to do with the I-CHING Kua 32 which is called “Duration” — it is also called “Endurance” and “Long Lasting”.

My youngest daughter would come to me about the latest boyfriend who was “the One” pretty frequently. Finally, I told her, come to tell me about that when you have stayed together for three years. She has with this last one but alas I still haven’t jogged 6 miles for 30 days in a row yet! Chances are, at my age, I probably …. well, never say never! Anyway…

Today’s message is about hanging in there for the long haul—not being a quitter and keeping commitments; especially those made to one’s self. I never had a pipe dream about running 6 miles every single day—my energy was never that consistent in the running department. But it has been in other areas… in the ones that really, deeply mattered to me.

That’s true for the most part; but I think that all of us, if we are totally and completely honest will have to admit to times that we broke our own vows to our self. Let’s face it; some things in life can stand the test of time and others–well, maybe they weren’t supposed to. Who knows? Here is where considering averages can be helpful—do you find you persevere and are consistent in most cases? What’s your average?

The “spirit” of duration holds the vision rain or shine, feast or famine – you remain steadily on course and can adjust to change without compromising the goal. In how many areas of our life can we truthfully say this is our actual reality?

That’s what today’s message is about—the maturity of making a commitment and to persevere come what may. Where is it in your own life that you can be like the image on the card—the mountain that is unchanging through the seasons, unmovable no matter what the seasonal outer weather brings?

Contemplation: How well do you keep promises to yourself and are you consistent over time? How well do you ‘hang in’ through the highs and lows of life? We can clearly see how well our resolve holds by observing our own dignity and inner strength when faced with adversity.  I will be thinking about this today; would you like to join me? 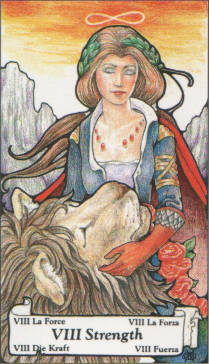 Today’s cosmic communiqué has to do with the Strength of Perseverance.

You will get there!  Where? (See yesterday’s divination message).  Deal calmly with frustrations!  I’m going to tell you a little personal story to convey today’s message for you.  And, as always, no matter when you come to this post, the message applies to your NOW in the spirit of divine timing.  Ready?  On to the (true story) storytelling….

When I drew the tarot card which inspires this message, I was flooded with a memory of a very long drive that I made alone; it was a non-stop 23+ hour drive.  That one trip mimicked a lifetime of up’s and down’s and moments of despair (I’ll never be able to make it) as well as moments of inspiration and confidence.  Yet, I persevered; actually because I had no choice.

I had no money for a hotel and just had to keep on driving until I arrived at my destination.   I rested several times by pulling the car over to those “rest stops” along the way and after a refreshing 20 minutes with my eyes closed with the seat tilted back, resumed my journey.

There is no choice but to persevere… keep on keeping on. That’s how life is!

It seems to be the major theme of my life actually.  But then again 8 is one of my life number’s (numerology) and the Strength Card can really be called ‘the story of my life’.  But this message is not about me, it’s about YOU and the cosmic communiqué today.  So, back to the story…

The last leg of my journey was off the Interstate and the most difficult.  It was 2 AM and I was trying to locate a little town in Virginia’s Chesapeake Bay area and seemed to be getting lost in a maze of bridges, little fishing towns, railroad tracks and fog.

Scarecrow pointing both ways!  The fog and fatigue weren’t helping either and while I did (in the time before cell phones) manage to find a telephone booth that had a working phone, the voice on the other end wasn’t giving me very clear directions either since I wasn’t able to describe my current location.  The world was asleep and mine was the only car on the highway.

Life itself in the totality of the journey from birth to death has times like these!

The more I tried to figure out where I was so that I could determine where I was going and how to get there, the more lost I became.

Those roads named all those different numbers weren’t helping me at all.

I surrendered, but not in the way you may think.  I had to let my intuition guide me and forget the maps and numbers–my TripleA Triptik did me absolutely no good in this maze of fishing towns and bridges–none whatsoever!
I gave up on that shortly after I exited the interstate. Yes, it was the good ole’ days before Voice Nav GPS’s—can you imagine?

There was a surrendering to a guidance system that had nothing to do with maps or signs on that last leg of my journey and that’s what got me to my destination after driving nearly 24 hours straight!

I had to quit letting the Triptik, the road signs and the useless phone directions have control over me!  And I couldn’t let myself become angry or overly frustrated!

That would have cost me dearly the precious energy that I needed to stay aware.

I had to tap into my inner resources and open my heart to more divine help.

The Strength card in Tarot relates to Leo energy and of course we see the symbol of the Lion in the strength card of Tarot [image at the top of this post].

Leo is a character building energy and challenges our spirit to “take heart” in spite of difficulties and setbacks—especially those that occur right near the finish line!

I used to run 10K road races back in my jogging days and it was always that last half-mile was the hardest—you’re almost there but don’t quite see that finish line!  That can be grueling, mentally which translates physically, especially on courses that have twists and turns –you can’t see the finish line.  Once you have it within view, however… what a relief!

Just like driving in the night in the fog with the confusing signs, once you see the “Welcome to ______”  sign for the city/town you’ve been looking for, my goodness it’s a joy!

What sign are you looking for in life right now?  What destination?

Leo energy is about having a gallant spirit and unshakable resolve and relates to stamina and the strength to endure in the face of exhaustion and what feels like insurmountable obstacles.

And that’s what today’s message is all about.  And today you are being reminded about using your strong will.  Leo energy will spit in the face of her persecutors and will never give up!  (That’s metaphorical and not literal.)

Leo is ruled by the Sun and is associated with the heart—both physical and metaphysical. Leo is filled with personal purpose and personal power.  Tap into your Leo energy, your personal power, and persevere!

The race is not always to the swift, but to those who keep on running!

(Years ago, I had a poster hanging in my room with this message, with an image of a long winding road.)