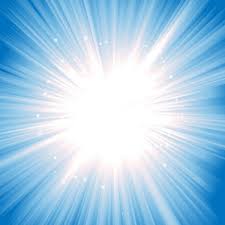 I am going to post this on each of my website blogs as well as my newsletter.  Why? Some information that recently crossed my path explained many of my meditation experiences of the past and currently as well.  Many students of the psychic development class and those interested in spiritual and psychic/intuitive development may have had similar ‘signs’ of their spiritual progress or evolution.

Before I go into what those are, it’s probably best to offer the disclaimer that if one looks for these signs or tries to manifest them, they will be blocking their energy and possibly delaying further consciousness expansion in some way.  My teachers have always guided me not to get “hung up” on manifestations and to take with a grain of salt.  It is just the natural process of the mind—don’t be overly concerned, they’d say.

If you have read much on my website (www.psychicjoystar.com), you will see that I’ve mentioned mysterious occurrences that came about as part of my meditative absorption over the years.  Those were a total and complete mystery to me until this past week!

The history of experience for this life has always evolved in a way that much later explanations arrive that validate occurrences and I’ve always been grateful for that as it assures me that there was no conscious influence on my part.

As many readers may know, my tendency is to reach toward eastern philosophy my deeply personal effort to understand life, the mind, and of reality itself.  My studies and meditation time have not been in vain and have helped me to cope with some very difficult life circumstances.  Yet, there were always those mysterious events lingering in the memory of my mind.  Up until now, there were not fully explained in any kind of satisfactory way.

Then this past week there comes the information that does so!  I simply must share it.  It will be a brief outline and I will paraphrase some of it while keeping true to the text.  I will add some personal notes in parenthesis.  I hope this will be of use to others.
The signs of meditative concentration are known as “nimitta” and include the following:

I must pause here to explain that this next part totally blew me out of my seat, so-to-speak!  I wrote about this on my website eons ago and this occurred, also, in the late 1990’s just before I moved (from Florida) to the mountains of North Carolina.  Here it is nearly 20 years later and it is only now that I understand what all of these experiences were about!  The book in which this information is contained was published in 2008, ten years ago.  Yet, it has taken me nearly all of the past ten years to adjust to the huge transitions in my life and to release a significant karmic relationship connection.  It hasn’t been until recently that my personal journey has directed me back to seek deeper levels of meditation, reaching for Samadhi again.  Anyway, this light, so white and so bright and it occurred when I was meditating on a star in the sky at twilight one evening.  I felt myself moving toward it and then the white brilliant light sort of frightened me.  It was everywhere I looked and lasted a good chunk of time and it faded finally as I looked at a large pine tree.   I’ve never seen it again all these many years.

If one tries to have any such experiences as described, the effort actually blocks the meditator’s tranquil absorption.  Actually, I recall trying to stare at a star again at various times in the past and could not reproduce that event –or any other unusual experiences of my past for that matter.
I wanted to put this out today so that it may be helpful to others.  Maybe I will save someone 20 years of wondering and never really knowing what those signs are really about!

The text that I’ve been referring to is called “The Experience of Samadhi” by Richard Shankman  and the specific information at nimitta were from interviews with Pa Auk Sayadaw, the abbot of a Forest Monastery in Burma and Ajahn Brahmavamso, who studied with Venerable Ajahn Chah and is the abbot of Bodhinyana Monastery and Spiritual Director of the Buddhist Society in Australia.
I am so personally grateful to them for the information shared in the text which has helped me considerably and renewed my meditative effort.

May it be that this information reaches the right person for the right reasons and be of the highest service.

This post is about a quick flash of a psychic insight that occurred in the midst of a social situation just yesterday at the gym.  It’s been a while since I’ve blogged obviously. Keep berating myself –must be more consistent with blogging.  Feeling like there’s nothing to say and ducking back into my hermit cave is no excuse.  So here’s something.

Hmmmm.  Where to begin?  Well, you know how some people seem to put on airs, right?   That phrase is used when people act as if they are from a higher class in society.  There is a lady that fits this description at the gym.  She’s a swimmer and when I, too, was swimming laps we met in the swim lanes and the locker room.

I stopped swimming due to the air quality of the indoor pool and our paths had not crossed for over a year but there she was yesterday waiting for a weightlifting class that I, too, planned to attend.  She was discoursing quite authoritatively on the negative aspects of the class–this class that I love!   How could she speak with such a demeanor when she’d not frequented any of the classes?

She began to gather listeners and explain how these new classes were of a lesser quality than the ‘old’ classes, asserting some kind of seniority as the expert witness.

Most of the others, including myself, began to scoff since the new strength training/weight lifting class is highly popular.  Every class is nearly full!  This woman was beginning to make a fool of herself.

Why? Why was she putting on those airs with a ‘sour-grapes’ kind of attitude’?

I could see it clearly the moment my irritation released and compassion substituted.  She was nervous about taking the class for the first time and this was her way of making herself feel comfortable enough to be there.

I glanced in her direction several times during the hour-long session.  She positioned herself in the back of the room but through the mirrors, it was obvious that she was struggling and not keeping up very well.

Compassion is a good platform for psychic insight.

Mistakes.  Learning opportunities — that’s  what they are.  Negative karmic behaviors sometimes cause us to dump the toxic spills of our own minds onto others–loved ones, friends, etc., and we create oil slicks.  If we allow our emotional fires to run rampant, it causes destruction.  Compassion and forgiveness put out the fire and is what begins the cleanup and restoration in the emotional aftermath.

Yet, sometimes our own mental corruption is deeply ingrained.  Healing deep imprints of karmic, habitual behaviors can be a challenge.  It can feel like uprooting one’s very identity!

It is wise to recall that this identity is ego itself.

Lately, I’ve become more aware than ever before of where my energy is focused and what exactly is a good use of that emphasis and why.  I have a few thoughts to share about that.

Energy, of course,  is better spent on tending to our own gardens and enjoying our own flowers.

Smelling the roses is more worthy an endeavor, even if garbage dumps are around *and there always will be to some extent*.  Enjoy the accomplishments of what you have grown and how you are progressing down life’s path–thus speaks my inner guidance.